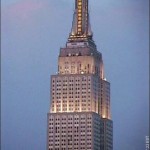 Real-Time Futures: Five Notes on the Work of Wolfgang Staehle

Essay on the work of artist Wolfgang Staehle.

1. Two Quotes, a Failed Regicide, and a Coincidence

When the farthest corner of the globe has been conquered technologically and can be exploited economically... when you can simultaneously "experience" an assassination attempt against a king in France and a symphony concert in Tokyo; when time is nothing but speed, instantaneity, and simultaneity... there still looms like a specter over all this uproar the question: what for? – where to? – and what then? 1
– Martin Heidegger

Heidegger's "question" (actually three questions) is excerpted from the lectures he delivered in the summer of 1935 at the University of Freiburg. The lectures were published in 1953 as Einführung in die Metaphysik, a sort of supplement to his much more forbidding Being and Time. The same year of Einführung's publication, a mostly forgotten American mathematical journal printed a term that would become, by the late 1990s, one of the most popular buzz phrases in the English language. The phrase was "real time," and five decades after its initial printing, these puzzlingly paired words are associated with the transmission of today's – this moment's – rumours of scandal and catastrophe. But real time's origins are less spectacular. The Oxford English Dictionary locates its first usage in an article appearing in Mathematical Tables and Other Aids to Computation:

With the advent of large-scale high-speed digital computers, there arises the question of their possible use in the solution of problems in "real time," i.e., in conjunction with instruments receiving and responding to stimuli from the external environment. The criteria for satisfactory operation in such real-time service are different from those generally encountered. 2</blockquote>
It was not an auspicious beginning for real time, but somehow it managed to outgrow the narrow confines of computerese, its meaning becoming more expansive, if not all-encompassing. Today, real time is used all of the time, which means it is used far too often. An entire phone book could probably be filled with ambitious companies using "real time" in their names or slogans. A headline celebrates, "Paying Your Phone Bills in Real Time." A tech journal confusingly boasts, "Real-Time 'Movies' Will Predict Wildfire Behavior for One Hour." HBO disingenuously offers, "Real Time with Bill Maher." A business guru publishes, "Real Time: Preparing for the Age of the Never Satisfied Customer." One reads of real-time stock quotes, real-time futures, real-time decisions, real-time playback, real-time risk management, real-time clocks, real time for the real world.

A fashion or not, real time will be around for a while. Real time shows no sign of declining, especially when considering that it is only one manifestation of the mania to obtain a completely accurate representation of time. The atomic clock, or cesium clock, was invented in 1955; it greatly raised the standard of horological accuracy, losing only a few billionths of a second every day. The second would become the most accurate standard, helping to generate a more perfect metre, and thus all spatial standards, from the threading of screws to the size of cargo containers. Space travel, all scientific research, and eventually the entire edifice of international standards would rest upon the second's refinement.

The reason for all this is... well, somewhat hard to determine. Marxists might point to international capital's need for quicker transactions, and they are probably more or less correct. When in doubt, look for the profit motive. But this still leaves quite a bit unanswered. The desire for real time stretches far beyond the managers of international finance. Not only is real time familiar to a society addicted to the instantly obsolete, it has also augmented the anxiety to do everything at once, now, this moment, yesterday. Real time is neither satisfied with being a symbol of an impossible demand to remain current, nor with being an approximation of the present. It wants to become the present itself.

1) Select a subject. The subject should be a building or landscape. Examples of previous subjects include: The Empire State Building; Berlin's Fernsehturm; Comburg Monastery, Schwäbisch Hall, Germany; lower Manhattan; and a Yanomami village in the Brazilian Amazon.

2) Install a video camera in a permanent or semi-permanent location facing the subject.

3) Stream the footage recorded by the camera via the Internet to a server. Server provided by The Thing, Inc., Staehle's new media non-profit located in Chelsea, New York.

4) Archive an image every couple of seconds on the server and stamp with a time code. The length of the interval is dependent on available technology.

5) If exhibiting the work, relay the captured images to a video projector located in the gallery. Any scrims, screens or large constructions should not accompany the video projection. A clean, white wall will do as a projection surface. Proper orientation of the image is not necessary. For example, the Empire State Building can be shown horizontally, i.e., on its side.

General Note: Whenever possible, only use "live" images, reserve the recorded images for secondary presentations (panels, grants, studio visits, articles) or for instances when it is technically impossible to get an Internet connection to a gallery.

In 1996, Wolfgang Staehle began Empire 24/7, his first project using an Internet-based projection. This work is an ongoing, round-the-clock video recording of the top third of the Empire State Building. Empire 24/7 was recently on view at the City University of New York's Graduate Center Gallery, located across the street from the grand, gray Empire State Building itself. Anyone entering the gallery saw the building, or at least its massive foundation. Within the gallery, a viewer saw the Empire State Building again in Staehle's projection. Although this was the building across the street, in real time, or just a couple seconds shy of real time, what one saw seemed to be another building. One had difficulty trusting the work's fidelity to reality. The light was not right: too brilliant, too artificial. The Empire State Building was present but disembodied, abstracted, cropped – a monumental digital double.

Despite its monumentality, Staehle's projections are all surface. Buildings become erased and remade under divergent weather conditions, sunsets, atmospheres. A fog blots out the Empire State Building, filling the screen with a ghostly white haze. Twenty-four hours later, it is lit by a smoggy sunset, streaked with red luminance.

Unlike much of the "live" video work of the 1970s, one cannot enter Empire 24/7 in order to test its veracity. It pushes us to one side, renders viewers remote. Whether it was in fact showing an audience that building at that exact time was difficult to determine. One became aware of distance – but not a literal, spatial one. It was the distance of representation, of the digitization of space. Eventless.

"We'd just sit there and wait for something to happen and nothing would." 3This is Andy Warhol in 1969 describing the format, or non-format, of his never-realized television show, Nothing Special. Warhol thought he could get it produced by a major network, but Nothing Special never materialized. Warhol would later star on Andy Warhol's TV, but as for nihilistic late night, the world would have to wait.

Instead, we have the films. The most well known of which is Empire (1964) – Warhol's eight-hour recording of a day and a night in the life of the Empire State Building. It is doubtful whether anyone has watched Empire from its beginning to its conclusion. (Most, including this author, have not, and assume it should not.) Empire remains mostly unviewed, though much reviewed – a guaranteed theatre-clearer, but also a frequent page filler.

Like the solipsistic diary of a self-possessed movie star, Empire's implied narcissism doesn't concern itself with the interests of an audience. If Warhol's film is the stuff of Hollywood hagiography, then Staehle's video is that of security state surveillance. In Staehle's work, there is an understanding that the video can continue on its own without being watched; it is a mechanical, digitized exercise in endless recording. As with any digital surveillance, the image can be screened and reviewed when necessary, but it is unnecessary to watch it all from beginning to end.

Not unlike Warhol, Staehle has made cinematic projects emphasizing time: an almost one-to-one, linear time. Staehle avoids "real time" by seconds, replaying his images on a purposeful delay. Due to the slow refresh rate of Empire 24/7, the image is overlaid with a slithering pixellated surface, at times the only clue that it is in fact a moving image.

Staehle's video literally records the time on every image; unexpectedly, Warhol's film did as well, albeit in an analog and accidental way. According to Callie Angell, archivists discovered that since Warhol had included the Metropolitan Life Insurance Building in the lower edge of the frame throughout Empire, he had also captured the blinking clock at the top of the building's spire. Flashing its crowning light every fifteen minutes, the Met Life Building could tell the hour of day, and thus help archivists correctly order the almost completely dark reels of the film.

The supposed absence of an event in Warhol's Empire leads inevitably to an otherworldliness, a comatose removal from the everyday that helped the artist escape from unfashionable political commitment. In contrast, the lack of event in Staehle's work has led in a very different direction. During his exhibition, "2001," the difference would become grimly evident, if not paralyzing.

In a slightly different form, Heidegger's "question" was included as an introduction to "2001," Staehle's solo exhibition at Postmaster's Gallery in New York City. The show opened on September 6, 2001 and presented three video projections: the first depicting the Soviet-kitsch Fernsehturm in Berlin; the second, the Comburg monastery in Germany; and the third, a wide-screen view of lower Manhattan with the World Trade Center. Like Empire 24/7, each projection was shown in medium resolution and on a slight delay. On September 11, the camera focused on lower Manhattan recorded the entirety of the terrorist attacks on the World Trade Center.

When it came time for reviewers to determine the exact effect the attacks had on Staehle's work, they diverged, digressed, grasped for meaning. Although all reviews of "2001" evidenced some shade of praise, the responses were mixed equally with ambivalence and indecision. Something had obviously happened, but for reviewers that's about as clear as things got. The Heidegger quote seemed to provide some assistance for them, but where do his what-does-it-all-mean questions leave us? The quote is cryptic enough without adding the worst terrorist attack in U.S. history into the mix, and as expected, Heidegger's musings illuminated little. An 800-word review could hardly clear up the muddy depths of Heidegger's politics. A subject for a thesis? Surely. But a quick explanatory fix? Probably not.

One thing should remain clear: from the beginning, the work's nature left it open to an intrusion. The attacks did not force the work to depart from its initial program; an idyllic philosophic Eden was not marred by catastrophe. Real time differentiates Staehle's videos from Warhol's films, and with Staehle's "2001," there is no luxury of editing; there is no room for feigned naiveté. It could not anticipate a murderous attack, but it also couldn't provide a protective irony to shield itself. The work waited for something to happen, and something unexpected did. If most real time technology attempts to dominate the world, then Staehle's work was subsumed by the world. This is true openness, and it leaves little room for comfort.

3. The Warhol quote and much of the information in this section can be found in Callie Angell's indispensable The Films of Any Warhol: Part II (New York: Whitney Museum of American Art, 1994).