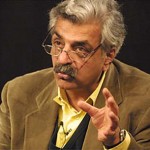 Book review of "The Clash of Fundamentalisms: Crusades, Jihads and Modernity" by Tariq Ali.

Unfortunately, in the United States Tariq Ali requires a brief introduction. Born in 1943, Lahore, by late adolescence the almost congenital atheist and radical found himself disagreeing strongly with the Pakistani state, and in the coming decades, his dissidence earned him permanent exile. Taking up residence in the slightly more tolerant UK, the Oxford graduate became a major figurehead for the anti-Vietnam movement, wrote eyewitness reports for the Russell/Satre War Crimes Tribunal, and appeared on the frontlines of the '60s' most important rallies. During the late 1970s and '80s Ali reinvented himself as an author of novels, plays and screenplays, writing two sagas of novels, one on Islam and another on the fall of Communism, as well as producing several films, including Derek Jarman's "Wittgenstein".

Although his supposed departure from politics during this time is overstated, lately Ali has returned to publishing books critical of American empire, in particular NATO's intervention in Kosovo and the so-called war on terrorism. His latest book, "The Clash of Fundamentalisms: Crusades, Jihads and Modernity" is a collection of articles and essays written before and after September 11th on a dizzying array of subjects, including Kashmir, Islam, US imperialism, Middle East nationalism, Palestine, and the author's own reminiscences of his native Lahore.

The book is at times equally flawed, necessary and typically brilliant. With a little squinting, it can be seen as two books: the first, a long, questionably vast polemic against Western imperialism similar to those obligatorily produced by all writers on the Left at one time or another. The second is a rarer, more confidential and particular account of one radical's perspective on Bush's infinite war, and how it intersects with his background as a Pakistani and English dissident. A leaner book would perhaps give us more of the latter perspective, and would avoid the usual lengthy diatribes against already well-bruised enemies.

Throughout the book it is difficult to know whether Ali is writing to the seasoned dissident or to the newly radicalized student. At times, such as in his chapters on the history of Islam, he assumes that the reader has an at least rudimentary understanding of the subject, and the neophyte can easily become bewildered. His discussion of Nationalist movements in the Middle East and Northern Africa during the Second World War is equally fragmentary and unsupported. Elsewhere, he provides many tidy, lightning-quick summaries of topics any reader of Ali may know as well as the author. For example, his chapter discussing the sanctions against Iraq reads like a several page primer, and one that can be skipped if you have a basic understanding of the murderous effects of the blockade against the US's next probable sparring partner. It is, in a sentence, a book whose fragmentary jump-cut style encourages uneven reading, but whose frequent insights are indispensable.

Ali does turn his attention to a question that has been more commonly asked than answered by radicals here or in the Middle East: What exactly happened to the Arab and Muslim left? (The question is relevant elsewhere as well.) Ali attempts an explanation:

"During the Twenties and Thirties, just as they were in Europe, intellectuals in the Arab world were divided between the cosmopolitan appeal of Enlightenment Marxism and the anti-Enlightenment populism of Mussolini and Hitler... After the Second World War the United States backed the most reactionary elements as a bulwark against communism and progressive/secular nationalism. Often these were hardline religious fundamentalisms: the Muslim Brotherhood against Nasser in Egypt; the Sarekat-i-Islam against Sukarno in Indonesia, the Jamaat-e-Islami against Bhutto in Pakistan and, later, Osama bin Laden and friends against the secular-communist Najibullah."

Nationalize your economy and resources and have everything hurled at you by your former colonizers, this much is evident. However, regionally the most potent weapon for squashing Arab national autonomy and Communist revolution turned out to be the thugs of far-right Islam. Much of Ali's book is devoted to illustrating how secular, left and democratic movements all over the Middle East and Northern Africa were made endangered species -- if not extinct -- as a result of the West's support for Sharia hardliners. The long-term consequences of making such bedfellows is now obvious, if not damaging to the apparent intelligence of imperial power.

Ali's memoirs punctuate the book's grand narratives of the subversion of democracy and provide a welcome counterbalance to his, at times, rushed summations. His ignorance of Islamic history was due to an early instinctual atheism, and the chapters outlining the early military rise of Islam, Koranic debates on the status of women in Islam, and the birth of Wahhabism, are written from a position (perhaps not unlike that of the reader) of late interest. His family's half-hearted attempts at educating the young Ali in all things Koranic make for charmingly frank reading, especially when his wit is directed at what seems to be a universal proclivity on the part of the most vocal servants of God for blatant hypocrisy and corruption.

Many of the essays and articles that make up "Clash" come from a variety of sources and times, and this perhaps accounts best for their occasionally irreconcilable viewpoints, narratives and tones. Ali has often been attacked, a good deal from members of the Left, for being a supposed "apologist" for mass-murders such as al-Qaeda. The assaults against Ali are groundless -- Ali was militantly critical of pseudo-governments such as the Taliban back when our Commander in Chief and his predecessor were quietly aiding and abetting their less than humane theocratic regime. There may be a grain of truth to the claim that Ali, as are a good number of members of the Left, is unable to offer an effectively dissuasive alternative to the adherents of Sharia law. More pointedly, Ali is unable to provide a clear analysis of the effects of the war in Afghanistan, other than pointing out its obvious, if not always officially irrelevant, illegality and civilian causalities. Both are unfair political missions to charge to one critical intellectual--they are questions that the Left needs to answer collectively--but "Clash" doesn't spend a great of deal of time attempting to unravel their messy ethical implications.

In the final chapter of the book, "Letter to a young Muslim," it is explicit to whom Ali is writing: the young militant Muslim men who have approached him at lectures in Europe and the Americas expressing a "vicarious pleasure" in the September attacks. Their parents warned them about talking to the unbeliever, they were eager to exhibit their love for Osama, and they were disappointed when Ali expressed his complete disdain for the Saudi playboy. Ali's letter is imploring and measured, and it is unclear whether he truly believes that his secular, Enlightenment-derived arguments will even make a dent in dissuading the most ardent true believer.

Contrary to the inaccuracies of the criticisms leveled by Ali's detractors, his letter is quick to point out that Indo-China, Chile, Cuba and Brazil have suffered greater hardships than many of the subjects of his book, yet none aimed their anger at the US in a manner as destructive as al-Qaeda's. The "overcast skies" blanketing the Middle East's political landscape are not reason enough for a politically-charged right-wing radicalism as expressed by his absent correspondent. For all of its patience and willingness for discussion, Ali's letter betrays a deep frustration with the path chosen by so many radical Muslims. "Would you tolerate your sister, your mother or the woman you love being hidden from public view and only to be allowed out shrouded like a corpse?" Ali asks, and it's hard to know what answer he expects. Recent protests in Iran have exposed political fissures in the monolithic institutions of Sharia law, but the force with which theocratic governance still grips much of the Middle East can't help but color his question with a palpable pessimism.

Ali is, and will hopefully remain for some time, one of the most needed and eloquent dissidents on the left. His voice is a much lacked antidote to the surprisingly naive and embarrassingly rash commentators across the West's political spectrum. If his book fails to maintain a cogency of tones and approaches to the political questions it seeks to understand, "Clash" surely remains one of the first major articulations of why Bush's ill-conceived and glaringly hypocritical war will not even accomplish the most basic of humanitarian goals.