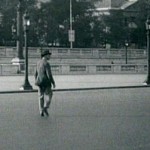 Letters from the Apocalypse

Short essay on apocalyptic films published in the "Prophets of Deceit" catalog.

I was born during the first great era of American disaster and zombie films, the 1970s, and now, thanks be to Hollywood, I seem to be living through the second. I haven't seen the new Poseidon or …Dead films, but I'd be lying if I said that these kinds of disaster and horror films didn’t capture my imagination. Never thinking much of death-ray sci-fi, my attention turned towards films that take place after the rubble has settled—films set in the ruins of an asteroid crash or the aftermath of a deadly plague. Sometimes called "last person on earth" films, these urban Robinsonades are to me, more about architecture than science, more about memory than survival. They are a kind of pure extension of not only Defoe's literature, but also that of Charles Pierre Baudelaire. They are the closest things we have to true cinematic flânerie.

A hypothesis: a line can be traced back from 1970s zombie and disaster films, through Rod Serling's teleplays, back through René Clair, through the Surrealists, to the writings of Baudelaire. Furthermore, I have no doubt that the decadent author of Paris Spleen and fanatical admirer of Edgar Allen Poe would have been a horror filmmaker if he were alive today, and he would have specialized in apocalyptic zombie films. If you don't believe me, just read Baudelaire’s poems "Crowds" or "Solitude" and then view any of George A. Romero's films. And if that doesn't work, ask yourself who wrote this line, "When there's no more room in hell, the dead will walk the earth."