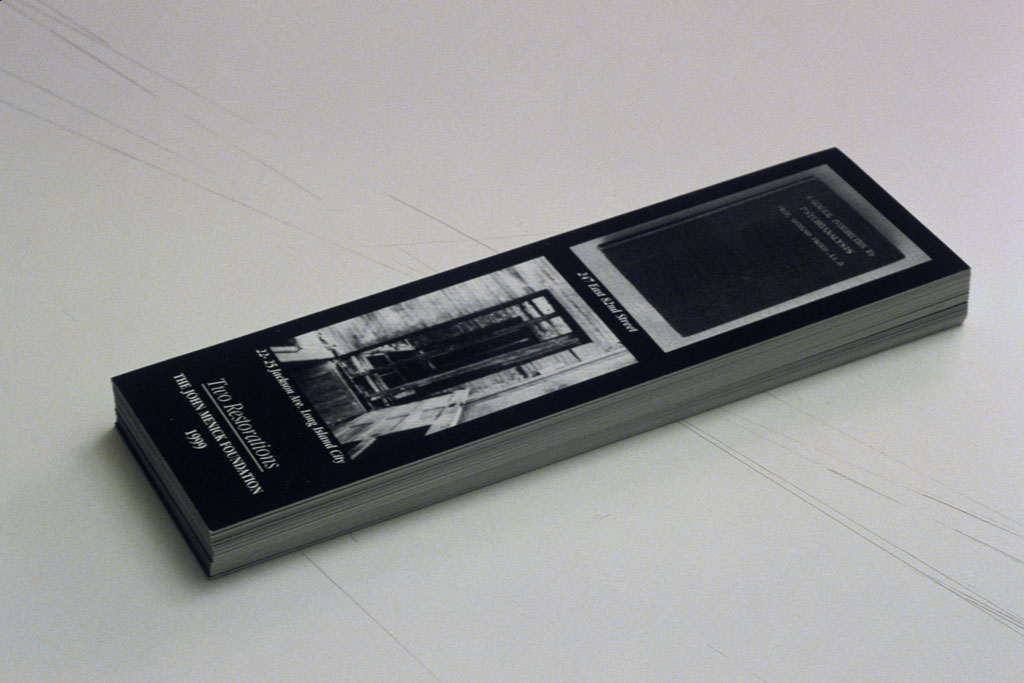 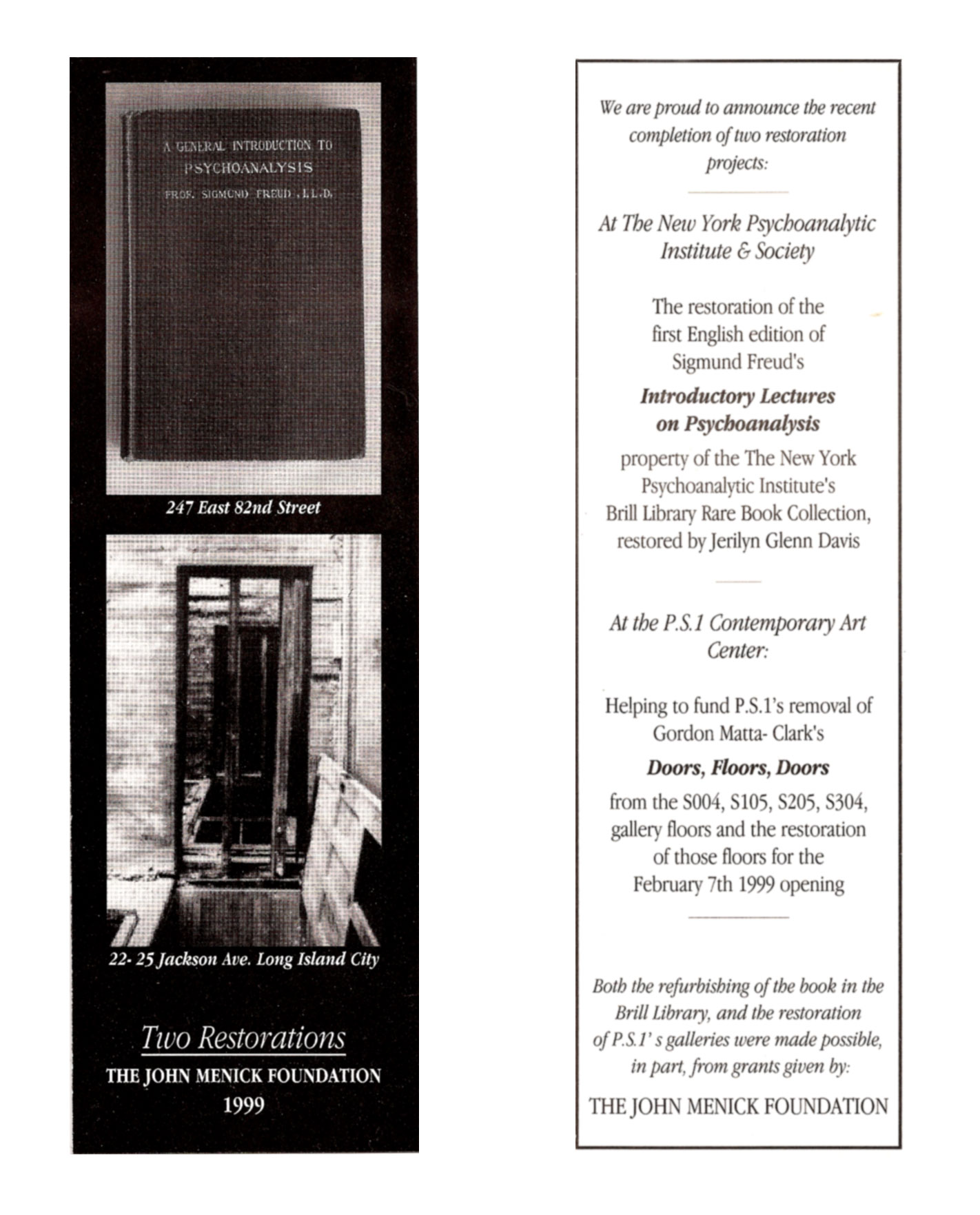 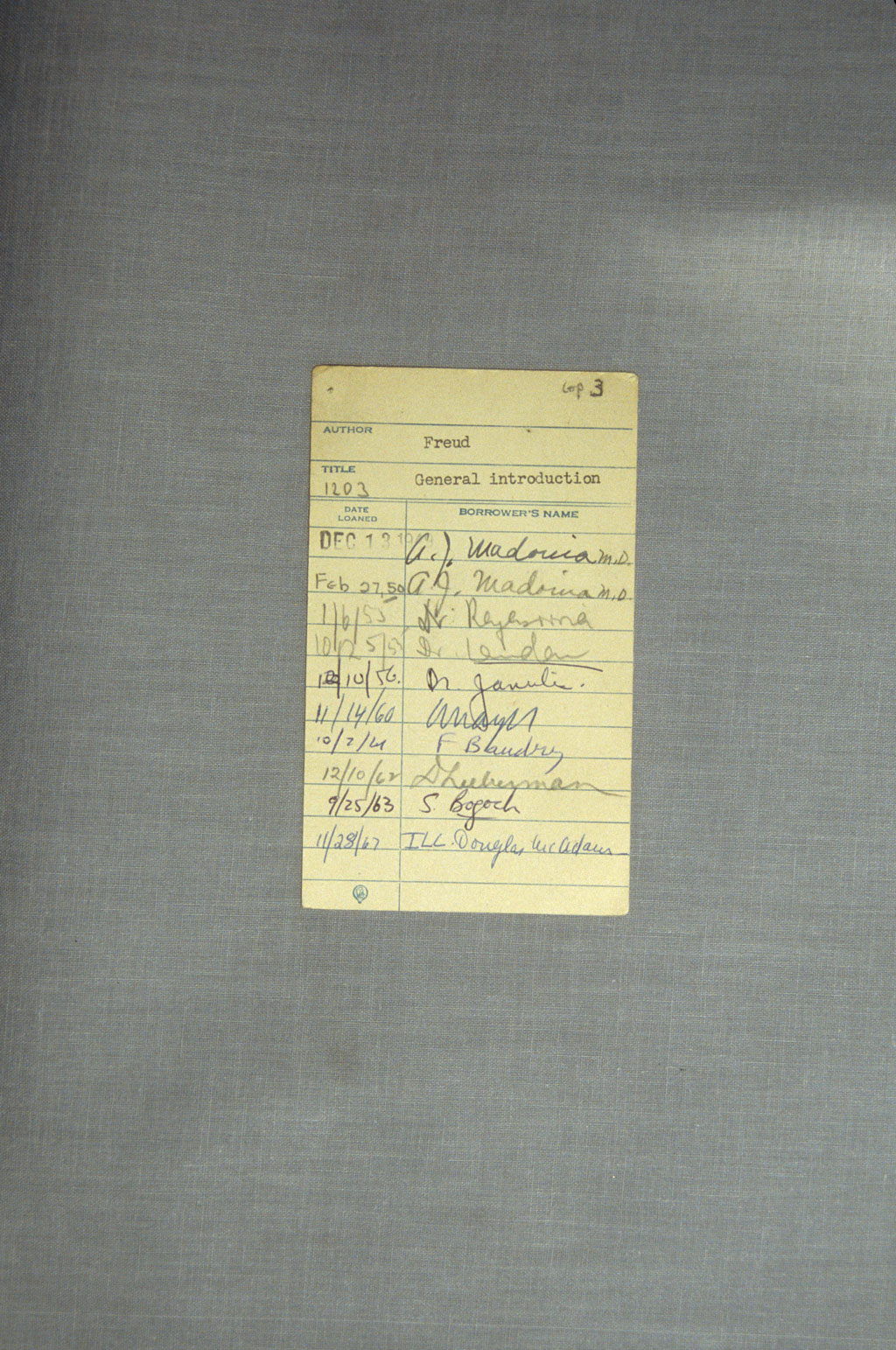 In the winter of 1999 I was asked to execute an independent project at the P.S.1 Contemporary Art Center in Long Island City, Queens. The project I carried out was documented in the form of a bookmark, which was given away for free at the information desk of the museum.

The text on the bookmark reads as follows:

Back:
"We are proud to announce the recent completion of two restoration projects:

At the P.S.1 Contemporary Art Center:
Helping to fund P.S.1's removal of Gordon Matta-Clark's Doors, Floors and Doors from the S004, S105, S205, S304 gallery floors and the restoration of those floors for the February 7th 1999 opening.

Both the refurbishing of the book in the Brill Library, and the restoration of P.S.1's galleries were made possible, in part, from grants given by THE JOHN MENICK FOUNDATION."